We hit some colder spells after the insulation was repaired. Generally speaking, the office felt better overall, but  we still noticed quite a few colder areas, so Bryan climbed up in the attic to see what he could find.

Generally speaking, the repair job that was done addressed about 80% of the issues.

The front lobby and office

This is the area Bryan did over the front lobby/office.  Just to give a feel for what it looks like when the insulation is laid in the bays and around the HVAC supply/returns properly.

The easiest and cheapest way to find problems with insulation is with a $30 temperature gun from harbor freight.   With this we knew where to look for totally missing insulation and/or insulation that was not in fact sitting on the ceiling/walls of the conditioned space...

On the day this was taken, when it was reading about 60 degrees at chest level in the office space,  it was reading 56 at the ceiling. Since heat rises, that should definitely have been 5-10 degrees warmer,  not colder... but it turned out there was a good bit of still missing insulation on that upper part of the wall (see pics below).   The  treatment rooms were 55 degrees (missing insulation around supply and return and some insulation not in contact with ceiling tiles).  The closet was 50 degrees (insulation had been added to that area, as it was totally without, but it was not set against the ceiling tile, so it basically wasn't doing anything). 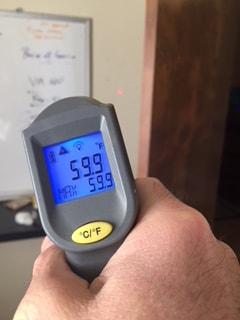 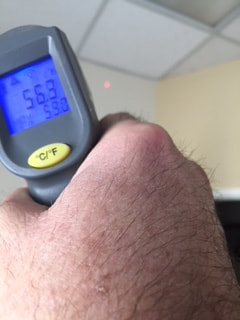 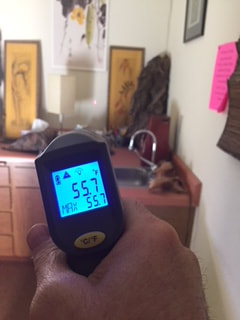 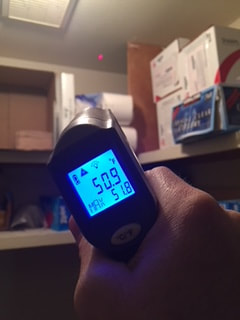 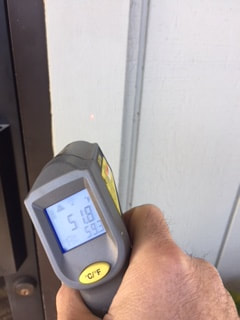 These of the areas still needing attention after first repair

These images mostly convey areas where insulation is still totally missing.  There are 10-20 other areas where the insulation is not pushed down into the bays, so the cool air gets between the insulation and conditioned space, rendering the insulation useless.  Those are harder to photograph.  First images are the top of the wall area in the office  -- explains why that was lower than chest level and why heating that room is tough.   The other images are around the supply and returns in treatment rooms.   Without insulation over those areas, heating in those rooms will never over come cold.   And as indicated above, the insulation over closet isn't set down on ceiling, so that is doing nothing and that cold air is coming down and then pressing it's way into the hall way and such. 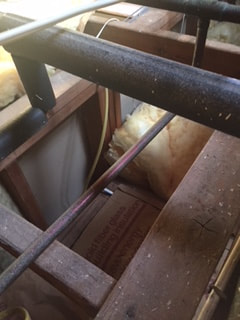 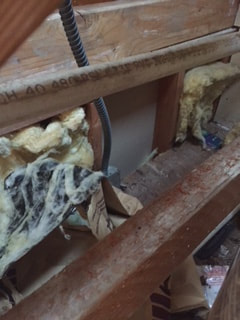 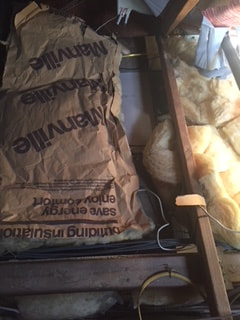 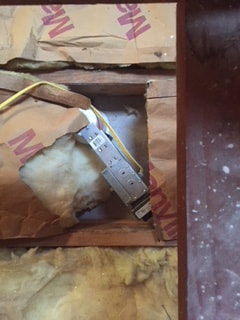 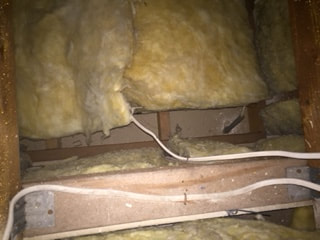 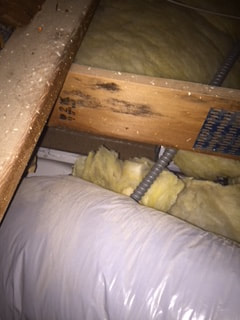 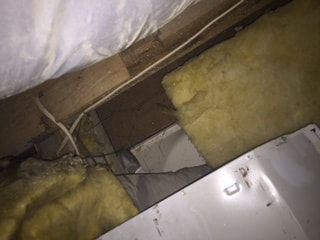 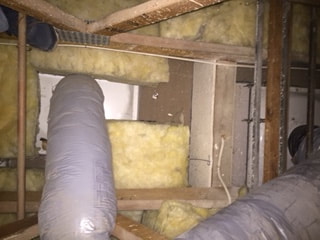 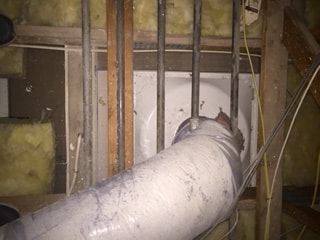 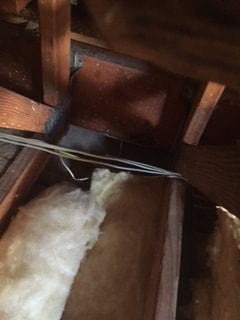 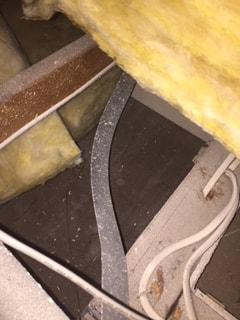 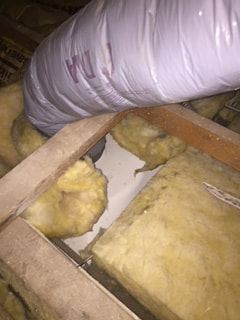 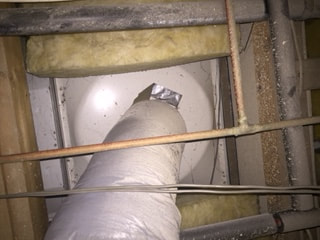 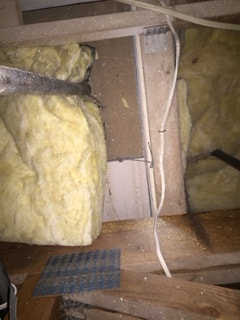